Yesterday, the SmartFactoryKL technology initiative hosted about 80 guests representing government, business, and science to the 9th iteration of “Innovation Day.” The motto this year was “Shaping the networks of the future.” The keynote speakers were Prof. Dr. Konrad Wolf, Rhineland-Palatinate’s Science Minister and Prof. Dr. Katharina Spraul, professor for sustainability management at TU Kaiserslautern, who described networks as the optimal basis for promoting innovation. SmartFactoryKL is an example of just such a successful network: The initiative, chaired by Prof. Dr. Detlef Zühlke, consists of 50 members from the business and scientific worlds, who come together to jointly promote the concept of Industrie 4.0.

In his opening remarks, Science Minister Wolf said: “The members of SmartFactoryKL are implementing a collaborative network of research and business actors, something that is essential to efficient research and development and superior innovation.“ He emphasized the impressive success achieved by this network of companies, institutes, and universities.

“The members of SmartFactoryKL have realized that the major challenges of the future for German industry and Germany as an economic center will involve the digitalization of production. Today, the initiative is internationally respected for its pioneering work on issues related to this topic,” said the Minister.

In her remarks, Prof. Dr. Katharina Spraul, sustainability researcher at TU Kaiserslautern spoke about the requirements for successful networks: “Research and practice highlight the growing importance of inter-organizational networks. They are increasingly used, in particular, in the non-profit and public sectors where complex problems need to be solved that cannot be achieved by individual organizations or even one sector alone,” she explained.

In her study, Spraul mentioned the three most important success factors for networks: the credibility of the network organizer and subject content, network coordination, and the contributing activities of the members. “SmartFactoryKL is a prime example of a successful network,” she said, adding “The role of Prof. Zühlke as a professionally competent visionary and the driving force behind the initiative, the role of the initiative itself as a neutral platform for bringing companies and institutes to the table, the moderated activities, and the exemplary active and dedicated members are what really have contributed to this success.” 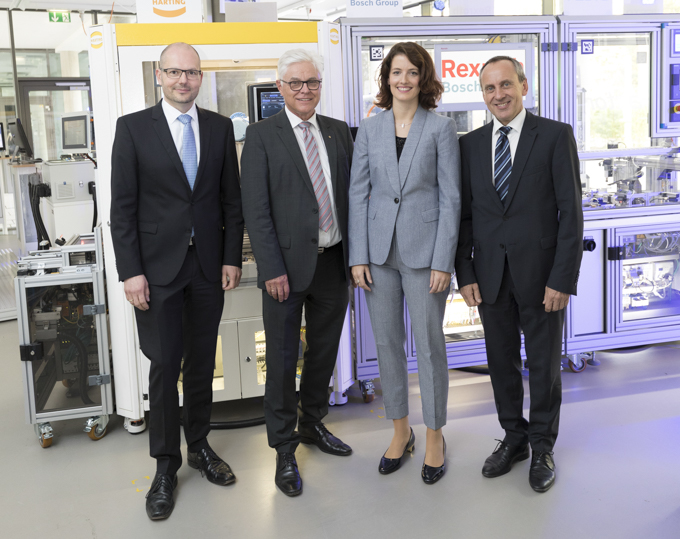