On December 6, 2022, two high level Dutch diplomats visited SmartFactoryKL to learn more about the latest technological developments related to future production. Ronald van Roeden is the Kingdom’s ambassador to Germany and Peter Schuurman is the Consul General. Prof. Martin Ruskowski, CEO explained the shared production setup and why the concept is seen as a possible reality for the production of the future.

High level visitors in Kaiserslautern
Ambassador Ronald van Roeden has been accredited in Germany since September 1, 2021. He visited major stakeholders and representatives as well as innovative beacons in Germany during his first year. Rhineland-Palatinate is now on the agenda. In addition to representatives of SmartFactory-KL, the ambassador also spoke with Minister President Malu Dreyer in Mainz. “Our work on Industrie 4.0 is very well known in the Netherlands, where this field of research is called ‘Smart Industry’,” said Ruskowski. The relations with Rhineland-Palatinate are maintained by the Dutch consulate in Düsseldorf, which is why the Dutch consul general accompanied the ambassador.
The two diplomats were given an overview of the various aspects of Industrie 4.0 by Prof. Martin Ruskowski, who underscored the importance of artificial intelligence, data transparency between different systems, digital twins, 5G, and the closed loop economy. “Experts in both countries have been successfully working together for years on the manufacturing of tomorrow and I think groundbreaking technical progress has been made that can strengthen the structural competitiveness of European industries with the new industrial innovations,” said van Roeden.

Longstanding cooperation between NL and D
The good contacts enjoyed by SmartFactoryKL and the Netherlands today are the result of the royal working visit of King Willem-Alexander and Queen Maxima to Rhineland-Palatinate in October 2018. The memorandum of understanding signed by SF-KL with Dutch Brainport Industries has developed into a close collaborative relationship. The focus is on resilient and sustainable manufacturing, which SF-KL implemented in the early days for the first time worldwide as shared production. “SmartFactory Kaiserslautern is well known just over the border as a pioneer of Industrie 4.0. All the more reason for us to celebrate our longstanding cooperation,” so van Roeden.

SmartFactory-EU
German and Dutch scientists also collaborate in SmartFactory-EU alongside colleagues from Belgium and Spain. Peter van Harten, honorary ambassador of the Dutch Smart Industry program serves as chair of the steering committee and is responsible for foreign relations. The German-Dutch Action Agenda has stated since 2019 that Germany and The Netherlands are the ideal partners for the digitalization and transformation of European industry. This is duly noted in a cooperation agreement between Smart Industry and SmartFactoryKL 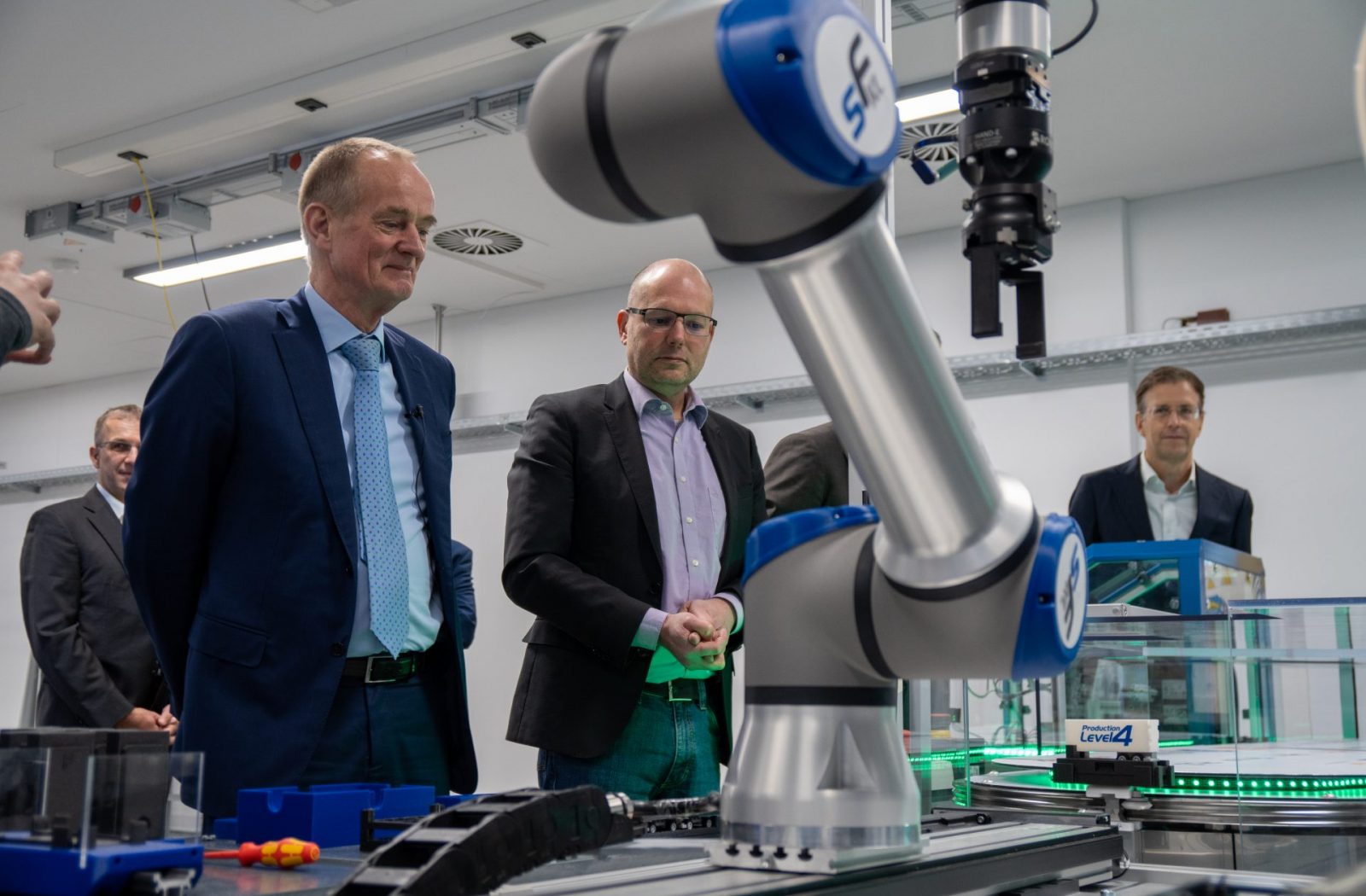