The signing of a pioneering agreement in Eindhoven (NL) by three renowned institutions on September 26, 2019 marked the creation of the European association SmartFactoryEU EWIV. The new association will have its headquarters in Kaiserslautern with Prof. Dr. Dr. h.c. Detlef Zühlke as its founding managing director.

The initial concept was proposed by SmartFactoryKL. The organization is housed at the internationally respected research center DFKI and has pioneered the field of smart manufacturing for more than 14 years. Since 2011, the work and research results have been referred to as “Industrie 4.0” and are known far beyond the boundaries of Kaiserslautern. In the meantime, the term has been internationally adopted. Organizations have been established in all industrialized regions of the world to promote digitalized production and/or coordinate research on the national level.

The desire has been expressed since 2017 within the EU to place the numerous activities in member states under one roof to strengthen Europe’s position on the world market. Under the leadership of Flanders Make/Belgium, Brainport Industries/The Netherlands, and SmartFactoryKL/Germany, this has now been achieved. The 4-letter extension to the name SmartFactoryEU EWIV indicates the association is based on EU law.

“This collaboration among colleagues from Flanders and Kaiserslautern gives us the opportunity to exchange knowledge of Industry 4.0 technologies and to develop joint activities,” said John Blankendaal, Managing Director of Brainport Industries. “The manufacturing industry doesn’t end at country borders, so it makes perfect sense to strengthen the ties on a European level when it comes to innovation,” he added.

“European operators of comparable research and demonstration centers with a focus on Industrie 4.0 are invited to become members of this effort and join us in giving a strong voice to the European economy,” said Prof. Detlef Zühlke. 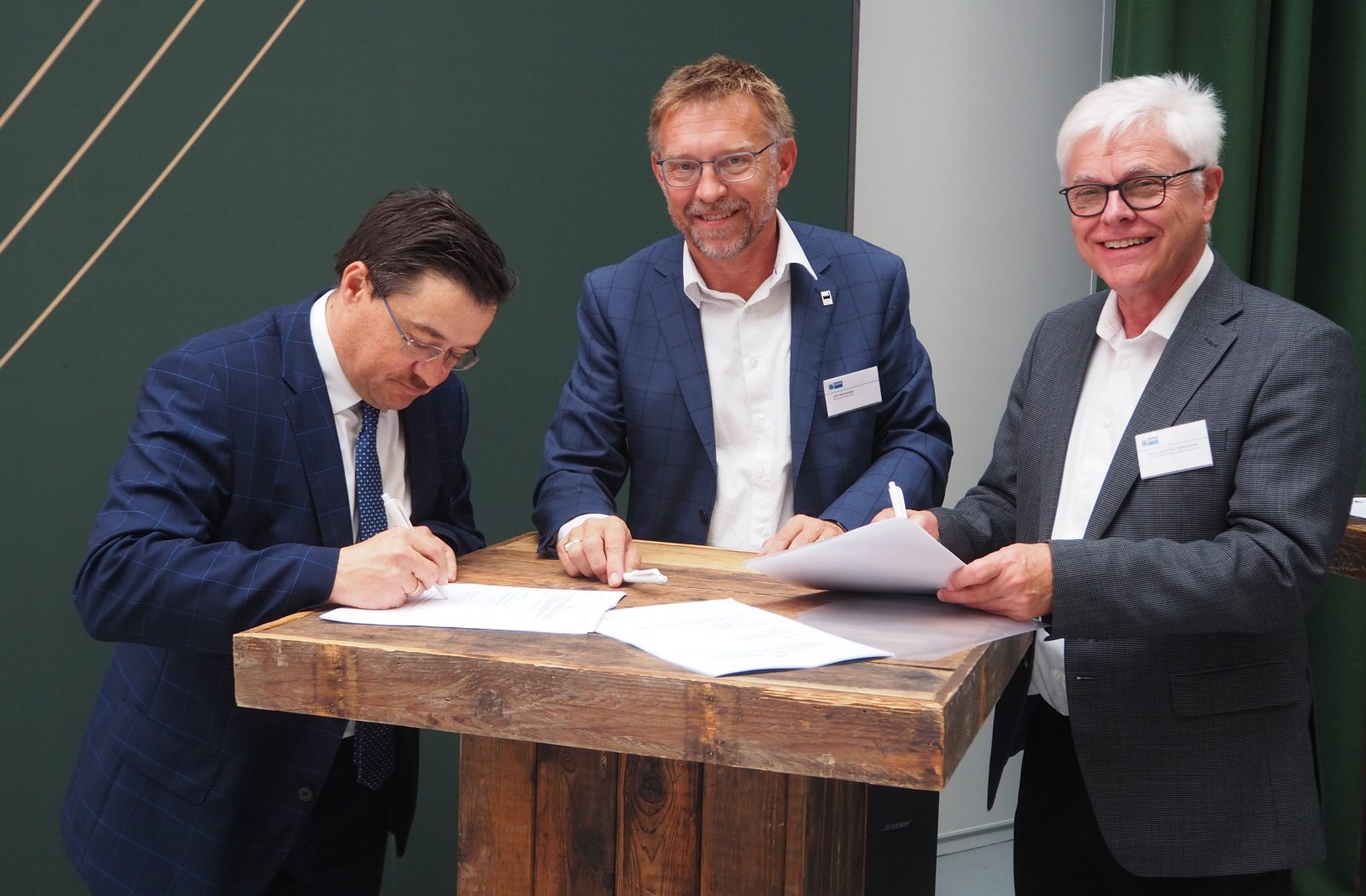