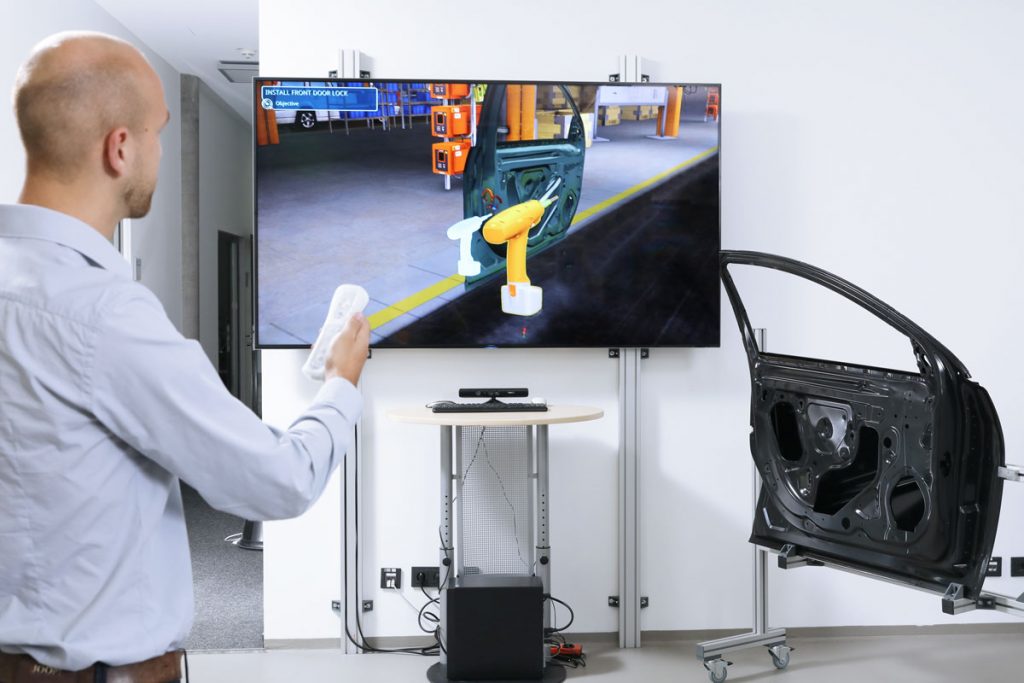 VISTRA (Virtual Simulation and Training) is a training system that creates assembly instructions in a virtual environment by means of cameras and remote controls from standard game consoles. Virtual Reality (VR) technologies form the basis for this system that playfully takes the assembly worker through the assembly steps required for the new product. In this way, the worker learns the procedures from virtual training sessions. The demonstrator is a result of an EU project of the same name and a prototype has already been used and evaluated at the automakers Opel and Volvo.

VR can be used to optimize training in a virtual environment. The employees evaluate the planning in advance and provide direct feedback about the process. In addition, VR provides a safe environment for performing tests and exercises without risks to humans or machines.

Training takes place, for example, for a worker who is expected to learn the steps required to assemble a car door. Beside the components themselves, the focus is on the tools required. The example program has three steps, each with different levels of difficulty: Step one: the trainee learns what jobs have to be completed. Step two: the user performs the steps with system support. Step three: the worker fully independently demonstrates proper assembly of the auto door.
VR training is not designed to replace practical training, but rather to offer a useful supplement. Thanks to virtual training, the company needs fewer actual practice assembly lines. Consequently, valuable resources are saved through the VISTRA principle of showing the learner the job sequence and the tools needed for the job; and then, in the second step, letting them practice the use of their newly acquired knowledge.

“VISTRA” is presently being exhibited at the Demo-Center of SmartFactoryKL. 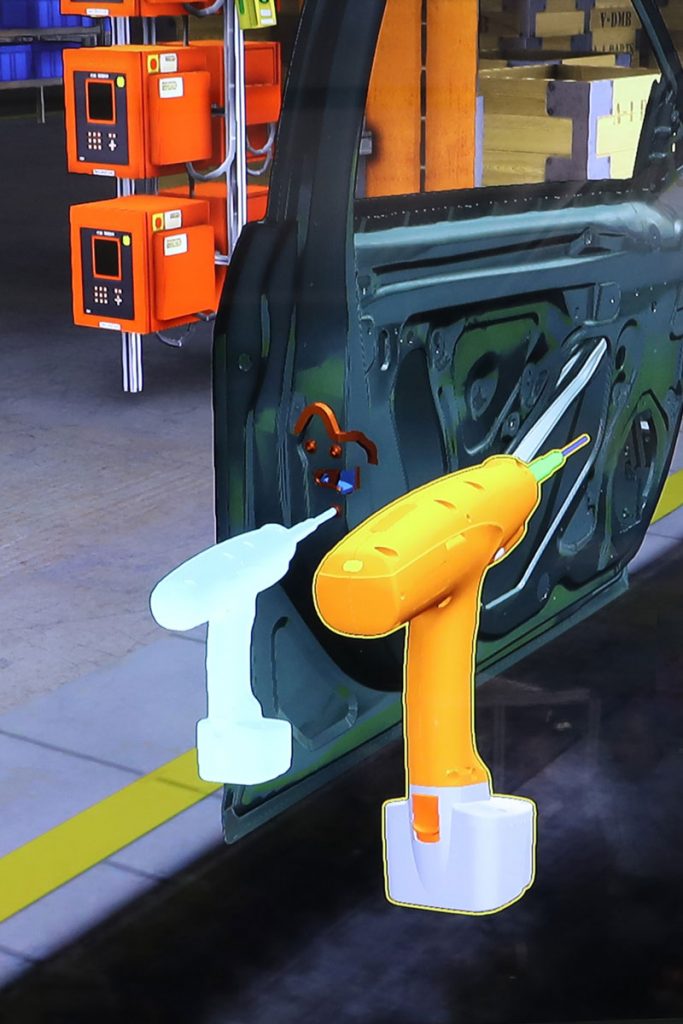